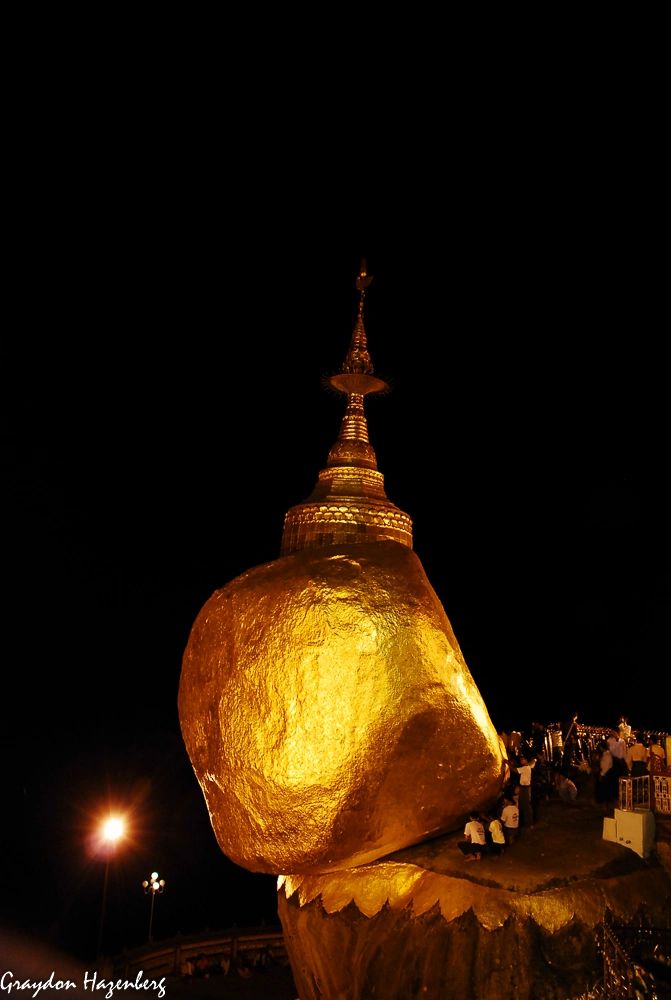 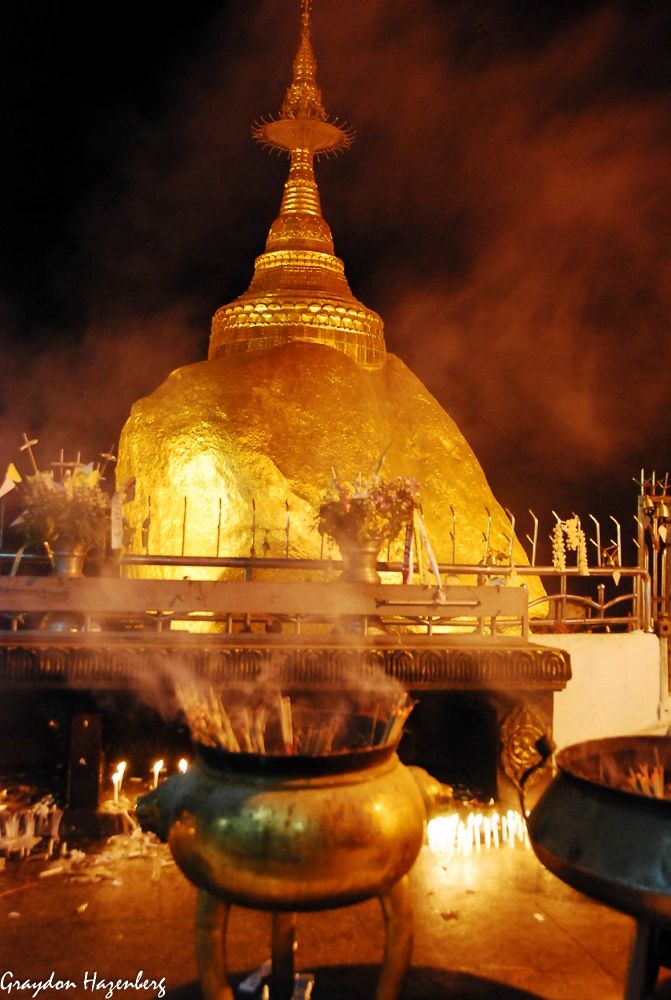 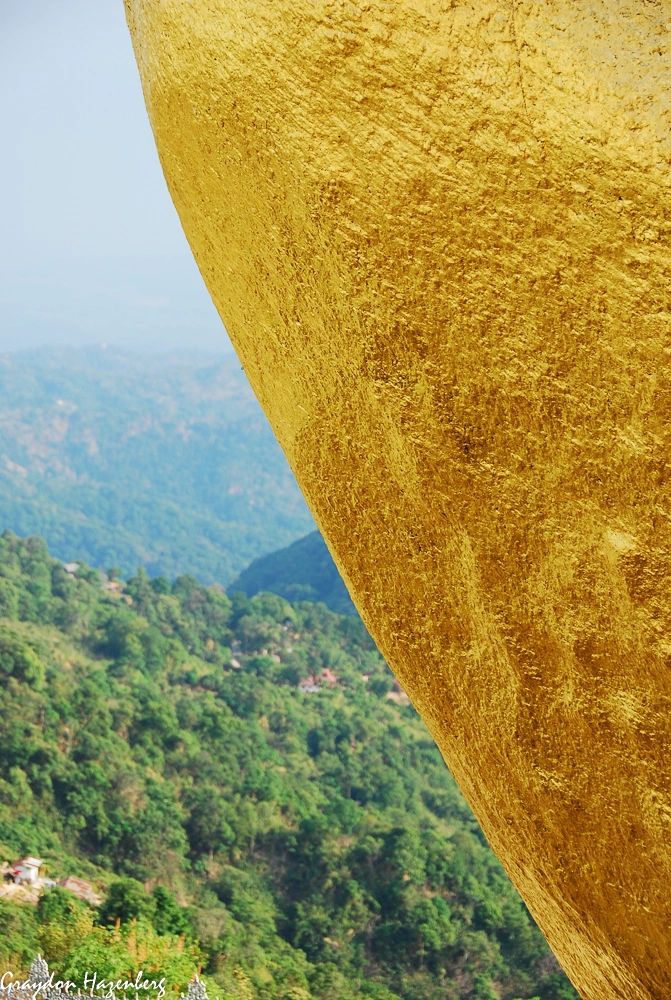 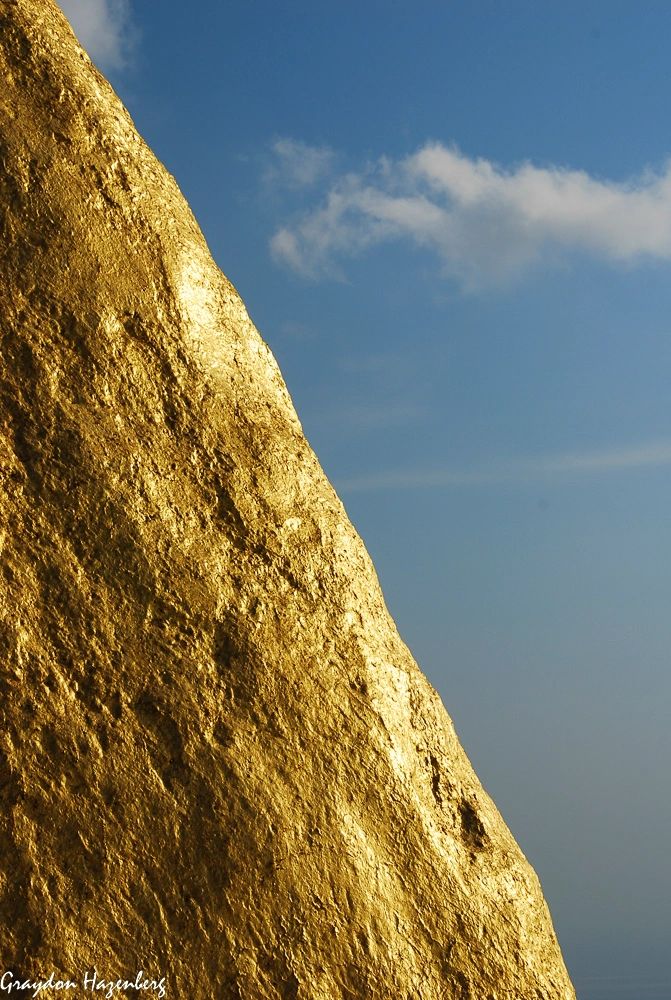 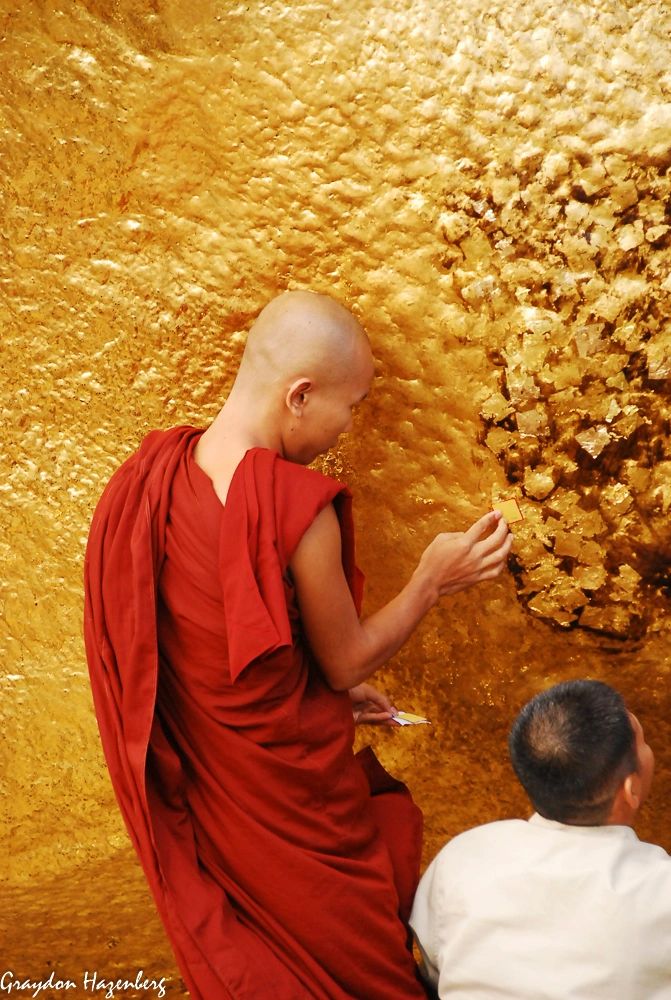 One of the most appealing things about Asia is the profusion of pilgrimage sites, be they Hindu, Buddhist, Shinto, Muslim or other religions. Buddhism in particular, with its penchant for temples and shrines located atop picturesque peaks, offers wonderful combinations of religious devotion, great scenery and a good stiff walk in places as diverse as China’s Emei-shan, Tibet’s Mt. Kailash and Japan’s Mt. Fuji.

Myanmar is no exception. In a country chock-a-block with temples, there is no doubt that Kyaikhtiyo, the Golden Rock, holds pride of place as the leading pilgrimage destination. Sitting in stately isolation 180 km from Yangon, a bruising 3 to 6 hour drive from the capital, it draws in throngs of the faithful to contemplate a huge basaltic boulder teetering atop a precipice, and to add to its encrustations of gold leaf. As a crowd spectacle, hike and terror experience, it has no equal in the country.

After the rigours of the road trip, through an increasingly unpeopled landscape of rubber and cashew plantations, the sheer number of pilgrims thronging Kimpun, at the base of the mountain, comes as a shock. On a busy weekend in the cool season thousands of pilgrims flow through to the trucks which ferry the multitudes most of the way to the top. The trucks, ancient five-ton flatbeds with wooden planks set at kneecap-shattering distances, are packed more fully than physics should allow and then driven uphill in convoy by aspiring Michael Schumachers. There’s nothing to induce contemplation of reincarnation like the wild rollercoaster ride in the back of a truck, packed in with 70 Buddhist faithful, knuckles white with fear, trying not to think about the rumoured accident rate.

The walk to the Rock from the top parking lot is short but exceedingly steep, either along the continuation of the road or, more pleasantly, along a forested path. Every step of the way provides another people-watching shutterbug moment: monks proceeding at a stately pace uphill, souvenir stands offering everything from cold drinks to bamboo machine guns to illegal wildlife products, children daubed with thanaka paste, and parties of exhausted pilgrims sitting beside the path.

More in keeping with the spirit of pilgrimage, and less likely to result in grey hairs and fractured patellas, you can walk up from Kimpun. It’s a surprisingly easy three to four hours through forests, climbing gently to a long, gradual ridge which culminates at the Rock. It’s a shady, breezy path, far from the road and relatively empty of pilgrims, although ubiquitous tea stalls provide sustenance and cold drinks to keep your spirits up. The bird life in the forest is impressive, and is more fun to contemplate than truck-induced intimations of mortality.

At the top, the profusion of buildings takes you by surprise. The Kyaikhto and Mountain Top hotels cater expensively to foreigners, while sprawling pilgrim accommodation provide cheap sleeping to Burmese travellers. A marble-paved piazza leads past endless food and souvenir stands to the main attraction, the Rock. A huge egg-shaped boulder, it is merely the largest of a number of similar rocks which adorn the crumbling ridge. It is only when you see it from beneath that you realize how delicately it is balanced; legend has it that the Buddha himself steadied it with one of his hairs. Now painted gold, topped with a pagoda “umbrella” and covered with layers of gold leaf pressed on by the faithful, it sits, swaying almost imperceptibly in the breeze, as the focus of mass devotion.

If your budget stretches far enough, spending the night in one of the hotels up top is well worth it. Watching sunset set the gold alight is magical, while the crowd atmosphere at night and at sunrise is at its best, with hundreds of devotees praying, lighting incense and offering cafeteria trays of food and drink. As a view of how important Buddhism is to the vast majority of Burmese people, it’s an experience not to be missed. Careening back down the road, getting hang time on the steeper downhills, you’ll be glad that you’ve improved your karma.